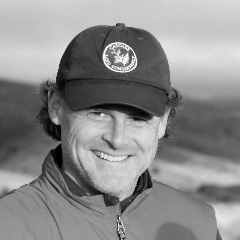 Peter began his career in the construction industry, building and renovating houses in his native Vermont as well as Alaska and Colorado. Out of this hands-on experience grew a passion for architecture and design. After graduating from the University of Oregon with a Masters in Architecture in 1991, Peter moved to Seattle where he began to focus on custom residential design. Peter initially worked for Stephen Sullivan Architects and Thomas L Bosworth FAIA before briefly establishing his own practice in 1996. With two commissions in Vermont, Peter moved with his family to Burlington where he spent two years working on large scale commercial and institutional projects with Smith Alvarez Sienkiewycz Architects. Returning to Seattle in 1998, Peter went to work again with Stephen Sullivan and the two established Sullivan Conard Architects in 2002. Peter became sole owner of the firm in 2007 and welcomed Jim Romano as a partner in 2013.

We at Conard Romano Architects honor Peter’s legacy by continuing his passion for design and service to our clients.